There is a lot of contention where people are having divided opinion whether it is safe to drink wine during pregnancy or not. Some people say that drinking wine is helpful since it enables an expectant mother to make an informed decision. Besides, they claim that wine is beneficial to expectant mothers since it consists of antioxidants that aid to prevent heart diseases by the fact that it increases the levels of high-density lipoprotein. Others claim that wine helps to protect the expectant mother against artery damage and also reduces the risk of miscarriage and being obese if taken in the first three months of pregnancy. However, others claim that drinking wine during pregnancy is dangerous and it is associated with a lot of risks that can cause harm to both the mother and the fetus. If you are among the people who dispute about this issues, this article will be of help to you since it gives more information about the safety and risks associated with drinking the drinking of wine during pregnancy. 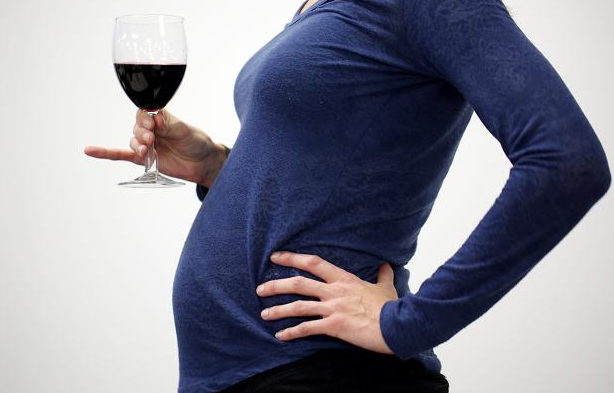 Is wine safe during pregnancy?

According to research that was conducted in UK, Ireland, Norway and Australia and was published in BMJ in 2013, the typical drinking patterns in expectant mothers were noted, and it was worth conclusive that abstinence of some of the expectant mothers was only associated with marginally better brain development in their babies. However, it was found that children who were born to light wine drinkers executed the cognitive test better compared to the mothers who didn’t take even a little wine. Besides, it was evident that light wine drinking was very applicable in reduction and limiting negative emotions for instance anxiety, stress and depression possessed by pregnant women.

However, when an expectant mother drinks wine, it is passed from the blood of the mother through the placenta and finally ends up to the fetus. Wine is usually processed by the liver in human beings, but this organ absent in the fetus since it is among the last organ to develop and hence undergoes maturation in the latter stages of the gestation period. This therefore means, since the fetus cannot digest wine, its exposure to too much wine can critically interfere with its growth and development.

According to American Pregnancy Association and American Academy of Pediatrics, there is no amount of wine that is conveyed as safe during pregnancy. Besides, they note that wine consumption by the expectant mother is dangerous and should be avoided. Excessive drinking of wine is linked to major complication encountered by expectant mothers during their gestation period which may end up causing harm to the fetus or the mother. Besides, A UK medical officer also recommends that if you are pregnant or you are prospecting to become pregnant, the most secure method to isolate yourself as the mother and your fetus from various fatal risks is to keep off any alcoholic drink made by fermentation, for instance, wine which is made by fermentation of grapes juice.

What are the risks associated with drinking wine during pregnancy?

The primary reason why wine is not regarded as safe during pregnancy is due to the couple of risks that are associated with it when taken by expectant mothers. These risks may either affect the fetus, the mother or both of them. They include;

These are a full spectrum of consisting of congenital disabilities that arise from prenatal alcohol exposure, they include;

These conditions have symptoms such as;

2. interferes with the fetus brain development

This is a very detrimental effect that springs up as the when an expectant mother takes In alcohol which passes through the placenta of to the fetus while having the same concentration hence hinders the fetal brain development among other major organs.

Low to high levels of wine consumption can result in the birth of a baby at less than 37 weeks of the pregnancy period. Besides it may cause spontaneous abortion and pregnancy loss.

Alcoholic drinks consumption during the gestation period may result in poor growth and development of your baby which may be accompanied by disabilities. Besides, your baby may have various behavioural and learning difficulties besides intellectual disability.

How can you avoid wine during pregnancy?

According to my standpoint, I would recommend to expectant mothers not to drink wine or any other alcoholic drink during their gestation period. This is due to the risks associated with wine consumption as they are apparently discussed in this article. In turn, expectant should try the tips to avoid wine and other alcoholic drinks during pregnancy in times they have a thirst for wine.