Pregnancy Foods to Avoid During Pregnancy

Foods to Avoid During Pregnancy

What goes through your mouth is of particular importance particularly when you’re pregnant. Eating a diet that will provide you with all the essential nutrients is imperative for you overall well being not to mention that it reduces the risk of falling ill. Besides, healthy eating also lessens the likelihood of complications during birth, having an underweight baby among other health problems. 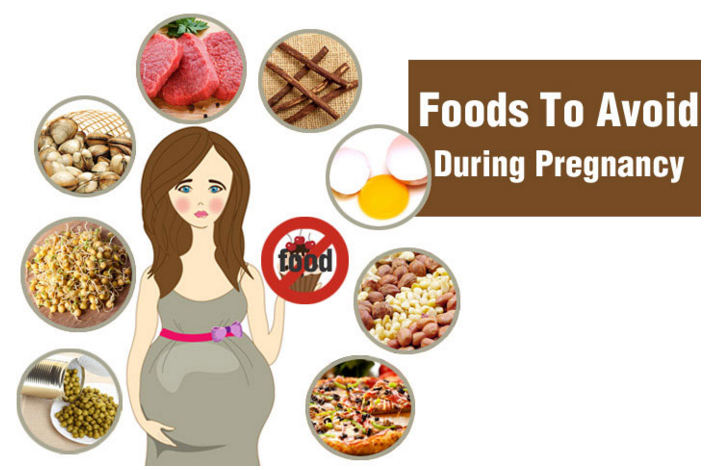 While the importance of healthy eating during pregnancy cannot be overstated, there are certain foods that you should not eat. Eating unhealthy foods not only puts you at the risk of developing diseases but also compromises the health of the growing fetus.

Outlined below is a list of food to avoid during pregnancy.

Fish is loaded with a host of essential nutrients including iron and protein as well as omega-3 fatty acids. Nevertheless, some species of fish are rich in mercury that is harmful to the growing fetus. Apart from causing damage to the brain, the mercury may also impair the baby’s memory and cause serious harm to the developing nervous system.

Some of the fish to avoid while pregnant include tilefish, king mackerel, and swordfish as well the as the shark. Instead, eat fish such as tuna, salmon, catfish, tilapia and shrimp. Be sure not to exceed 12 ounces of fish every week.

Taking less than one pint of alcohol every day is not good either as it can interfere with the baby’s brain development. If you have to drink during pregnancy, consider taking nonalcoholic margaritas, water or sparkling apple cider.

You may already have heard that canned lunchmeat feature highly on the list of foods to avoid during pregnancy but so are hot dogs and deli meats. Canned lunchmeats may contain Listeria, bacteria known to trigger premature birth, infant’s death, and underweight babies. Also, the expectant mother becomes more vulnerable to food-borne-pathogens due to a weaker immune system.

Research has it that a pregnant woman has a higher chance of developing listeriosis, a disease caused by listeria than her healthy counterparts. Healthier choices include cold meats and if you have to eat canned lunchmeats, ensure that they are steaming hot.

Caffeine, contained in tea, coffee, energy drinks, soda and chocolate can damage the infant’s nervous system, cause mature birth, and impaired fetal growth when taken in large amounts. Health experts recommend that pregnant women should not take more than 200 milligrams of caffeine every 24 hours.

In other words, they should not drink more than two 6 ounce cups of soda or three 12 ounce cans of soda. Note that some herbal products such as green tea extract contain substantial amounts of caffeine and should be avoided. Healthier choices included caffeine free drinks and decaf coffee as well as tea.

Pasteurized dairy product is deemed safe during pregnancy, particularly because they have undergone a heating process that gets rid of bacteria. Soft cheese, on the other hand, contains listeria bacteria and could lead to blood poisoning and premature birth.

If you want to go through the pregnancy safely, be careful what you eat. An unhealthy meal could mean the difference between a miscarriage and a safe, full term birth. Be safe, eat healthy meals to lessen the likelihood of complications during pregnancy.